Are you looking for Android Hacking Apps? Don’t worry! I have got your back. In this article, you are going to get the latest version of Android Hacking Tools 2020. In this article, I’m going to share new hacking apps for games which is one of the best hacking tools for android games. Hacking Tool or Apps is a software application that is used to hack any android phone, app or game. So here you are going to get Top 10 Best Android Hacking Apps & Tools in 2020 that you can use to hack android phones, apps or games and no root required for these hack tools.

Android has been accredited as one of the most popular Operating System. Every month, around 2 Billion active devices are found running on Android. This rampant growth of Android has attracted not only developers but also hackers across the globe. It is this reason, that we have thousands of hacks available for Android. HowTechHack brings to you Top 10 Android Hacking Apps and Tools of 2020 in this article. These apps will surely add more gratification to your Android experience.

Word of Caution: HowTechHack is a platform where we talk about latest technology and new buzz in the digital era, hence the information contained in the article is for information or educational purpose only. The information should not be used for establishing reliance with any illegal activity.

I have seen many sites are sharing the guide on best illegal android apps but our mission is different. How Tech Hack is providing you the best Android hacking apps for rooted android. Not the regular garbage which you find on other sites. Hence, there are many best phone hacking apps for android without root available today. You can free download from the below-given links. Let us take a look at some of the top ones: –

ALSO READ:  How to Download Paid Apps for Free on Android Without Root 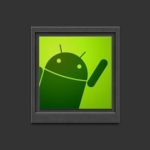 Whether your intention is to get all the contacts or take a picture from the host’s phone, you will need a Remote Access Tool. AndroRAT or Android Remote Access Tool is the best spying tool that has the ability to fetch almost all the information from Android devices.

Stream videos, get call logs or locate the host’s device location using GPS, AndroRAT functions efficiently and provides a multitude of functions. Just drop an SMS or a call to trigger the connection to the AndroRAT server.

The name itself says all, Whatsapp Sniffer is an efficient tool to capture conversations, photos, documents from any smartphone running Android or iOS. The only condition which should hold while sniffing content from other phones, is the same Wi-Fi network. That is, you and the person whose Whatsapp content you want to sniff must be connected to the same Wi-Fi network. Except for Blackberry, Whatsapp Sniffer works on almost all the platforms. 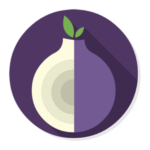 Orbot is a safe, effective and a perfect companion for Android users, who have security as their utmost concern. This Orbot uses the Tor network, to make the user’s surfing more secure on the Internet. After encryption, Orbot hides your network by putting you into a pool of computers where you keep on transitioning across systems around the world. An Orbot user can privately chat and surf on websites that are even hidden. In the case of overloaded network traffic, Orbot can be used as a proxy app. In addition to the above features, Orbot is available on Google Play Store as well. 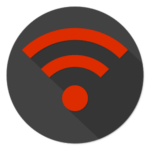 If cracking someone’s Wi-Fi passkey is your need, then surely WPS connect is a must-have tool for Android users. WPS connect works efficiently, right from having a hand on someone’s private hidden network to disabling another user on the same network you are connected to.

Talking about the developer’s perspective the application was designed to test the security of any router, hence the app comes with many popular inbuilt algorithms that endorse the vulnerability of other users on a network. Even this is a legit member of the Google Play Store.

Another tool from Google Play Store, which works dedicatedly for Ethical hackers, Cyber Security professionals, testers and even for you, if security is your concern. With a well-laid design, the app offers its users with four options – Reconnaissance, Scanning, Exploits and Security feed.

From basic network scanning to SQL injections, the app offers everything which a Hacker needs while carrying out basic hacks. The user can explore Reconnaissance and Scanning to the fullest, whereas security feeds and Exploit are a disappointment. 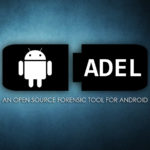 Like Adele topping the charts of songs, even we have an ADEL on our list, which stands for Android Data Extractor Lite. ADEL is a data retrieval tool, rather a data dumping tool which dumps SQLite database files (SQLite is one of the ways to store user’s data on an Android Device. It is the inbuilt Database which comes with every Android OS. So all your work, contacts, data are stacked with the help of SQLite). Either to recover your data or analyze someone’s data ADEL becomes the perfect companion, as it can recover messages, telephone contacts and much more without interrupting your ongoing activities. 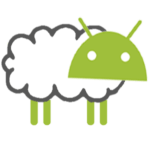 With an intent to demonstrate loopholes in Account Security, DroidSheep was developed. Although, with the passage of time, DroidSheep has proven to be one of the most promising session hijacking tools. 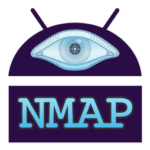 The classic Hacking tool for Linux is now available on Android. With Nmap on your Android device, you can determine available services, hosts, their specifications and even identify open ports on a network.

In addition to this, a user can also detect the OS or its versions. While the rooting isn’t necessary, but the app adds more features if the device is a rooted one. Being one of the members of the open-source community, Nmap is regularly updated and maintained through numerous discussion forums on the Internet. 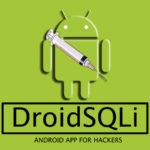 “SQL injection” is one of the notorious ways to dump a database for its content. Even Android is now equipped with a very own SQL injection tool called DroidSQLi. DroidSQLi can be used to inject those SQL queries on any vulnerable URL.

Either be Time based injection or error based injection, DroidSQLi offers you all of the injection techniques to be used on Android in an automated way. The tool can be used in a legit way as well, most of the developers use it for testing their MySQL based web applications.

Ever wondered what happens at the microscopic level of a network? If yes, then to answer your curiosity we have this entrant on our list which is more of a Network Analyser or a Traffic Sniffing tool. Shark For Root is an application built on the foundations of TCP dump and would require a rooted Android device to function. Independent of the connection type, all you need is a user connected to the same network (3G or Wi-Fi) to have a glance at his device traffic. Shark For Root works best with Shark Reader, which presents before you the sniffed files.

I hope you made use of our Android Hacking Apps, didn’t you?

In case you have any doubts regarding this, don’t forget to leave a comment below. I will reach out to you at the earliest.

Share Top 10 Best Android Hacking Apps & Tools in 2020 with your friends. Let them get the fun of hacking apps and tools.

A healthy diet and its importance

Elm Agent App: What Is & How To Remove It?

10 Best Apps to Check Who Viewed My Instagram Profile