Google is planning to launch three Pixel smartphones in 2018. The company is leaving no stone unturned to place a foot in the smartphone market. In the past, Google has collaborated with Samsung, LG, Huawei, and HTC for launching its Nexus smartphones. But recently, the company has unveiled Pixel XL and Pixel devices. It has been reported that Google is launching three more smartphones in the pixel series. 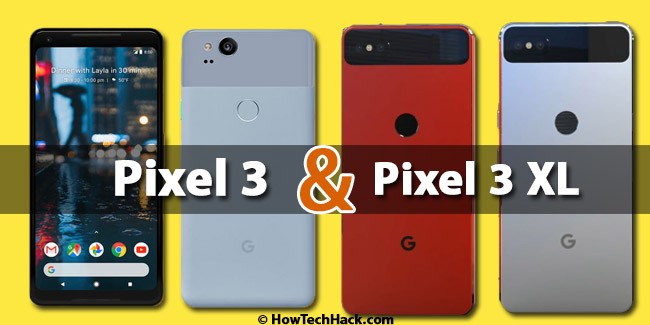 As seen in the previous Pixel smartphones, the camera is expected to be amazing. The most important highlight of these smartphones is a “notch” design. The cost of Pixels smartphones has not come out yet, but it has been reported that Google is focusing on Budget phones now.

According to the reports of GSMArena, “Another one of the senior industry executives said by August a new mid-range smartphone by Google should hit the market, while the new Pixel will be ready to go at the beginning of November when the smartphone series traditionally launches,” However it is hard to say if this report talks about these Pixel Smartphones or not.

Keep your fingers crossed for the launch of these upcoming smartphones by Google.

Overwatch Tier List: Overwatch is a colourful team-based shooter game starring a diverse cast of powerful heroes. It is developed and published by Blizzard...
Read more

Watch Cartoons Online: Who does not love watching cartoons? Cartoons are favourite for all age groups be it kids or even adults. Some of...
Read more

Steam Missing File Privileges: Steam is one ultimate destination for playing, discussing, and creating new games. On steam, you can find over more than...
Read more

The Sims 4 is a life simulation game that gives the players the power to create and control people. The players can experience creativity,...
Read more

List of 118 Apps Banned in India and their Alternatives

The Government of India has again banned 118 new Chinese apps including one of the most popular and controversial apps PUBG. The ban is...
Read more
Tech News

A laptop is an essential component of work. It is a mini computer which is mobile and is a user-friendly personal computer. Nowadays most...
Read more
News

CyberSecurity Trends You Will Face In 2021

The cybersecurity industry is evolving at an extremely rapid pace, making it difficult to stay in the loop. Across the world, it’s important for...
Read more
News

List of 59 Apps Banned in India and their Alternatives

The Ministry of Electronics and Information Technology on 29th June banned 59 Apps in India including some of the most famous apps like Tik...
Read more
News

Whether you are a certified tech expert or merely an enthusiast who appreciates a good product, upcoming gadgets are always something to look forward...
Read more
News

Facebook Made a Phone only for Right-Handed Users in 2013

In 2013, the current CEO of Facebook “Mark Zuckerberg” revealed, “HTC First smartphone” which came with the support of the Facebook Home app and...
Read more