Akamai NetSession Interface Client: Summer’s coming! What are your plans?

Well, if you’ve already made general plans for traveling, that’s fine. But if you’re like me who just sits in the home all the season and watch series to pass the time, what have you picked in your list?

Game of Thrones and Avengers Infinity War are on the top for everyone. Disney movies and other animated series are on the list too.

And when you finally settle down for watching your favorites, think experiencing low data speeds while streaming. How do you feel?

Even if you sign up for an expensive plan, your area could be a major factor determining your uplink and downlink rates. What do you do then?

Calling your ISP for fixation isn’t often helpful. And trying something by yourself can mostly be disturbing the connections.

So the best alternative could be, trying a third party software that sits in your PC all the time and boosts up your speeds whenever needed.

That’s where we introduce you to “Akamai NetSession Interface” – a software client that speeds up your data streams in the best way possible.

Akamai NetSession Interface Client: A Software Add-on To Boost Up Your Downloads

With around a quarter of million servers in 120 countries, Akamai Technologies is a Content Delivery Network and has a significant share contributing to the world’s web traffic daily.

The working mechanism of Akamai NetSession software resembles the BitTorrent protocol, as it mostly uses the peer-to-peer system of transferring the files and reducing the impact on servers.

What Akamai NetSession actually does is:

That’s should be noted, as most of the users tag this software as malware for being active all the time and misunderstanding for such data transfers.

There are times even users complain about this software being installed without their knowledge.

And there’s a reason for that.

There are chances where you notice Akamai NetSession UI already is running on your PC, even though you haven’t really installed it before. It’s because this NetSession UI comes adjoined with some other software bundles you downloaded. These could be games or other working software. And when you install the bulk without realizing the contents within, NetSession client comes along.

Is it a kind of Malware/Virus?

Uhum! If you think so, you’re mistaken. Users who notice some unusual changes happening background are misunderstanding this UI client. In the purpose of speeding up your services, Akamai NetSession UI has to be in contact with source servers like media publishers most of the time. So, it’s often normal if you see activities like upload links running while you’re not actively working on it.

ALSO READ:  How to Avoid Common Mistakes When Using a Screen Recorder

It will be running in the background continuously and uses a negligible share of your computer’s resources like hardware and bandwidth. As this usage is insignificant, it will never affect the activities you perform.

Those are just the advantages for users. For companies, this NetSession UI client has a major purpose to fulfill.

As said previously, this software is in continuous contact with the publishers, who are developers and media producers. And these sources require their users to be updated with every change they make. When developers send patch files, these are automatically downloaded by NetSession client as upgradation.

So, you might be watching something suspiciously running in the backdrop, but it’s just for your cause.

Can you uninstall/remove it?

Yes! And that’s easy. But make sure you got a good reason to do so. Having it wouldn’t make any negative impact but helping you in some cases. But if you wish so, you can.

Here’s how to uninstall/remove:

But to clear out its impact completely, better delete the files associated with it too. You can find the Akamai software folder in:

Besides this amazing software, Akamai has tools to provide real-time updates of the world’s traffic. This includes a number of page views per minute, worldwide data transfer rates, global attacks etc. All these were updated almost instantly and can be viewed for free. 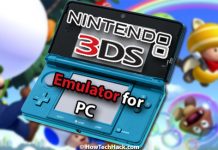 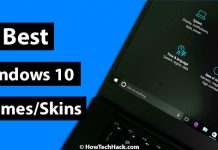 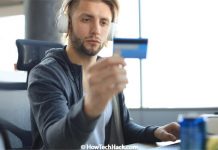 we respect your privacy and take protecting it seriously

ALSO READ:  10 Best Google Gravity Tricks You Wish You Knew Before
We use cookies to ensure that we give you the best experience on our website. If you continue to use this site we will assume that you are happy with it.OkPrivacy policy